Being Italian, I’ve lived most of my life amongst the Alps. I have scaled the main summits, walked for hours in all weathers, but I’ve never once put my feet in a pair of skis or on a snowboard. So, when I met Swifty and he told me that, despite his physical challenges, he wanted to go downhill (fast) on snow, I wondered why. But, curiosity awakened, my question soon became ‘how?’

My journey with Swifty had begun. 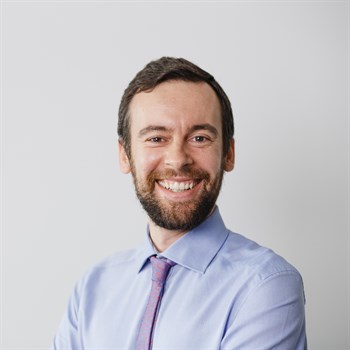 In our first meeting, Swifty put both his snowboards on the table. “These are great”, he pointed at the Non-Suspended Bindings, “for adjusting the position, but they are hard on my pelvis and spine, while these”, he pointed at the Suspended-Test-Rig, “absorb shocks, but are too heavy to turn quickly.”

As I said, snow and I don’t have a good relationship. So how do you adjust your design for the specific requirements of a discipline you have actively avoided for your entire life?

We had already captured all needs and requirements, but had to figure out the type of loading, usage and conditions for any standard commercially available snowboard and bindings. Test results were available from snowboarders that we were able to use as a baseline.

I believe it’s always good to start with paper and pen. We proceeded with some traditional sizing using first principle hand calculations and spent hours figuring out how we could create something that would meet our requirements.

The following months we built 3D CAD models and tested several concepts of joints using a basic 3D printer. We had to consider all aspects, from initial requirements to final delivery, using new procedures in uncharted territories. Once we had an initial prototype that was adjustable, light weight and with good shock absorption, we held a design review. Swifty was happy with the concept, but we had missed something.

At the end of a run snow boarders generally unclip one leg to propel themselves whereas Swifty cannot, so still attached to the board, he bends forward and uses his hands to move himself at the end of a run to reach the ski-lift. This simple requirement illustrated the need to always place the human at the centre of every design, our design was taller than Swifty’s prototype which would make moving by hand more difficult. Back to the drawing board we went.

Committed to helping Swifty reach his goal, we worked tirelessly over the following months to shave millimetres off the height and reduce the weight. The not-for-profit status of CFMS and our company culture – where curiosity is a priority – made this project possible.

Once the design was finalised, we had created the digital 3D models after analysing the structures with both standard Finite Elements and a technique called Topology Optimisation. This allowed us to identify those parts of an object that are necessary to withstand the load and those that are superfluous, but next we needed someone to help manufacture the bindings.

We looked around to see if anybody would be willing to help Swifty by manufacturing the bindings. With a caveat. We decided to design the bindings using Selective Laser Sintering (SLS) for the almost isotropic properties of the final components. We did all of our calculations assuming a low performance nylon. If it worked for this nylon, anything better was going to work too. That’s where Airbus came in – with a glass reinforced nylon and some really good engineers who helped with the printing settings. Additive Manufacturing (AM) is labelled as a technology that gives you infinite freedom at the press of a button. Truth is that a lot of hours have to be spent on Design for AM and the set-up of print and post-processing. When your components are not a cool gadget, but a structurally capable part, you need expertise in the design and in the printing process. Both CFMS and Airbus teams spoke the same AM language and soon we had two identical copies of the bindings ready to be assembled. 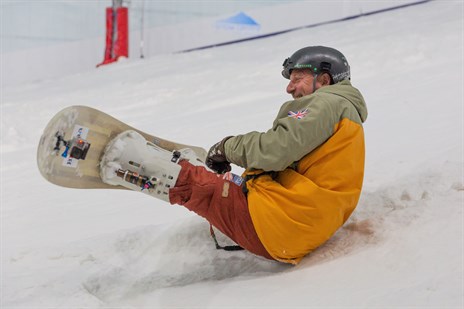 Once we had acquired the bolts, nuts and washers to connect the 13 different parts, we were finally able to assemble the bindings. All we needed were the mountain bike shock absorbers which were being provided by Swifty. While we had created a digital model and checked all the dimensions of the shocks, we didn’t know they had a large welded fillet that interfered with the tight tolerance attachment we had created. As a result, they wouldn’t fit. Instead we designed eccentric bushings drilled from aluminium rods – they worked perfectly.

Testing day dawned but our job wasn’t over. We had to measure Swifty’s standard position angles and tweak the settings until we found the perfect combination for his competition board. When he was finally satisfied, it was showtime.

The first descent at the Hemel Hempstead Snowdome was hugely tense but fear soon turned to joy as Swifty finished the run with a huge smile, claiming the bindings were finally giving him the freedom he needed. He completed run after run at speed and in comfort, a complete success.

Being part of Swifty’s journey has given me the same feeling. We weren’t just using maths and formulae; we were on a journey of understanding. Together we designed an object and built a relationship – and our journey isn’t over. We have to gather feedback from extensive usage of the bindings, translate it back into design optimisation and keep pushing, so that our trajectory will align to Swifty’s.

It’s now my ambition to follow Swifty to Beijing in March 2022 for the XIII Paralympic Winter Games, to witness him cross the finish line with our bindings and to see that smile on his face once again.

A digital demonstration of Machine Learning in Composites Manufacturing