With modern multi-objective optimisation, uncertainty quantification and parallel computing techniques, design optioneering automates the repeated process of creating and analysing numerous different solution ideas. Once an initial set of design constraints has been defined, any number of candidate solution models are developed and evaluated against the constraints with different optimisation methods. 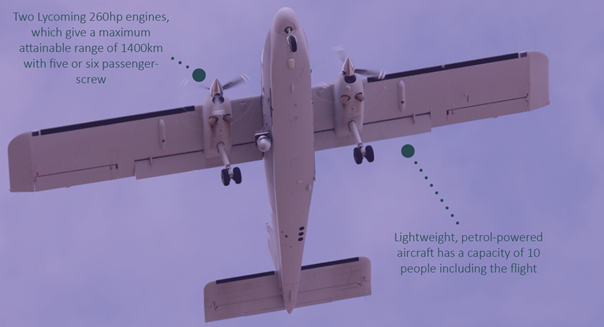 To show the benefits of design optioneering, CFMS digital engineering teams explored the feasibility of electrifying the Britten-Norman Islander aircraft to improve its environmental characteristics.

This lightweight, petrol-powered aircraft has a capacity of 10 people including the flight crew. Its existing power plant consists of two Lycoming 260hp engines, which give a maximum attainable range of 1400km with five or six passengers, but this comes at the cost of high CO2 emissions and fuel costs for the small number of passengers that can be transported.

To predict the aircraft’s flight profile the CFMS team built a system-level model to check against the use requirements, such as range, capacity, cost, and efficiency. The system-level model enables the next level of design, such as structural implementation and aerodynamic performance.

In this project the CFMS team first used computational fluid dynamics (CFD) to reduce the aircraft drag and optimise the existing wing profile, and then finite element stress models to finesse the structural design. This information further refines the system level model and this loop is iterated until a final design is achieved.

After updating the system-level model with the optimised design, the CFMS team simulated different aircraft configurations; varying the number of battery cells and number of passengers. For a full aircraft (capacity of 10) the maximum attainable flight range was just over 400km, which is limited by current battery energy density, as shown in the graphic below. 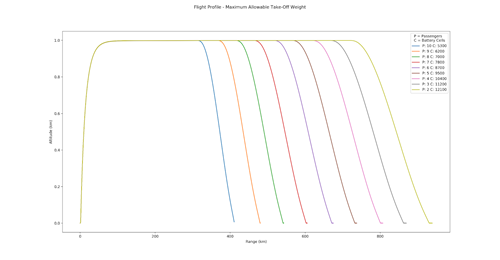 Having modeled the feasibility of electrifying this aircraft, the CFMS team compared the cost and emissions against the existing petrol aircraft, and estimated major improvements. The CO2 emissions per passenger were nearly an order of magnitude better, and fuel cost at least 50%, as the cost of electricity was also much cheaper than the cost of fuel for a petrol aircraft with equivalent capacity.

The figure below shows a plot of CO2 emissions per passenger (kg/km) vs Cost of fuel per passenger (£/km). Compared with the existing petrol aircraft, represented by circular markers, the electrification of the Britten-Norman achieved far less CO2 emissions and at a lower fuel cost.

This initial design optimisation of the aircraft as a whole could be further extended to optimise more specific components, for example by comparing different electric motors and propulsion configurations.

So design optioneering can clearly help engineers to create more optimised systems rapidly, and if you would like to learn more about how it could help your projects – in sustainable aerospace or any other sector – please contact CFMS for more information.

Artificial Intelligence and Simulation: Why high value manufacturers should be using both technologies to…

A digital demonstration of Machine Learning in Composites Manufacturing